Hi @staff my queries are as follows:

Questions 1:
In unit 1, inorder to create a package for creating URDF models, we use the below-mentioned code. My question is why we are adding all these as dependencies when in previous cases we were able to access these dependent packages through launch files (even when the only dependency was rospy)? 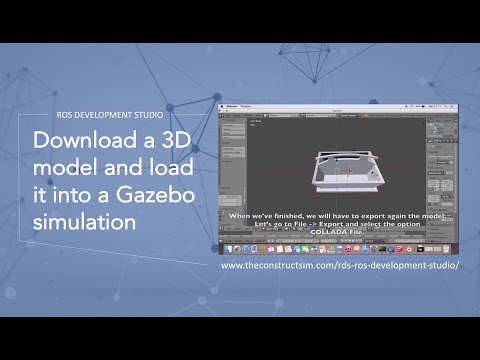 Please update the above video. Here we are taught how to import a 3d model into Gazebo, but this video talks of a bug in blender which offset the result.Due to this the tutorial was made containing the bug. Please upload a bug free version so that i can see the end result should really look like.

I found a youtube video that i think you would like that solves this. this uses fusion 360 and seems kind of straightforward, at least solving the center of mass offset issue faced in blender. In unit 3 - Using URDF for Gazebo, under Inertia

Is it safe to say that origin tag used in inertial tag, visual tag and collision tag are all in reference to the origin (assigned to the center of mass) of the model we assigned in blender? 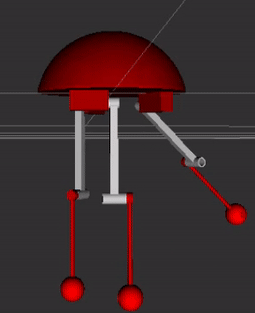 For the Gurdy robot, under for root link called base_link, we are giving it a visual tag of a box of sides 0.01 and we are giving a hemispherical mesh for the head. I am able to see the mesh of the head, but where is the box mentioned in base_link in the simulation under visual tag?

While answering, i would really appreciate it if the question was quoted(

), then reply given for better readability.

The interest with which the construct team and members of the community have taken to answer my queries has given me encouragement to post new ones. Thanks in advance.

Its not explicitly needed. Its just a good practice. The reason that sometimes is there sometimes is not, is because normally the places that we set the dependencies are revised parts, and the others are older that haven t been revised yet.

Its juts an alternative method. Why is like this, someone in Willow Garage original ROS creation team though it was better.

Yes, its referenced to the origin of the model we assigned in blender or the program we exported the dae or stl from.

Noted the video ;). Yes that video is really old, we nee dto update it, there are many things now that could be done.

Thanks for teh reminder. I’ll list it and create a video for it next week if its possible and fits in the schedule

This topic was automatically closed after 4 days. New replies are no longer allowed.