Unable to run demo1.1 in Unit 1 in ROS Manipulation in 5 days?

Whenever I try to run it, it says kernel died. 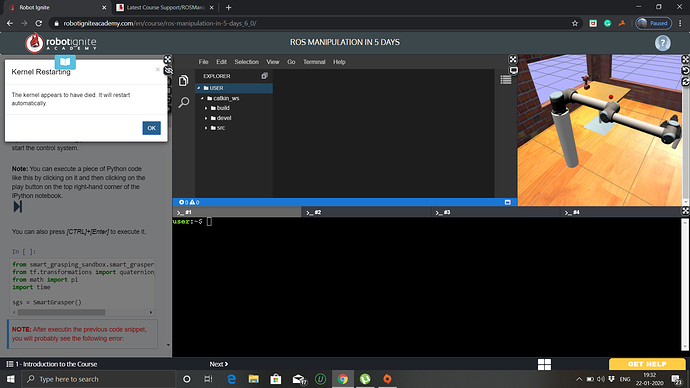 This appears to be an error from the Jupyter Notebook itself. For instance, if you create a Python script (test_demo.py) and place the Demo code inside it:

And then you execute it from the Web Shell, with python test_demo.py, it will work correctly.

I will modify this Demo along this week so that it is executed from the Shell and not directly from the Notebook.

Thanks for your feedback,