Dear experts @staff. I cannot visualize my Jibo in Gazebo. 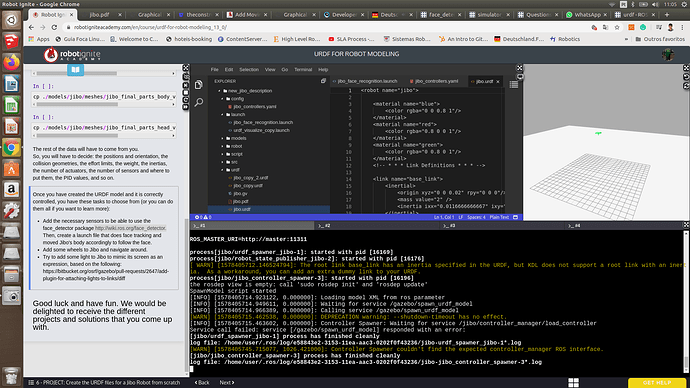 jibo_visualization1920×1080 548 KB
I also tried to launch the solution from your original core ws…and the same error was returned…I receive some warnings regarding the base_link should have inertial values assigned and that the controller manager interface is not working properly. 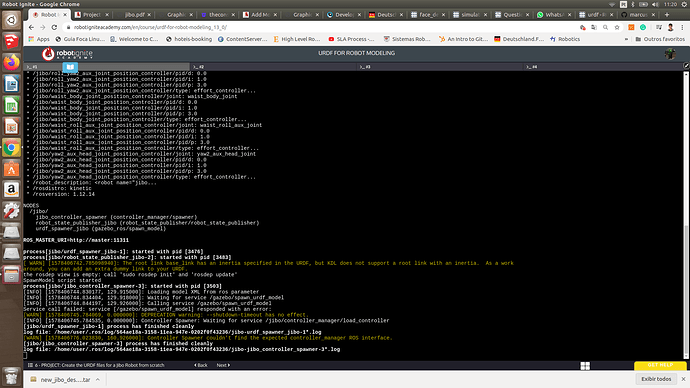 My launch file is below: 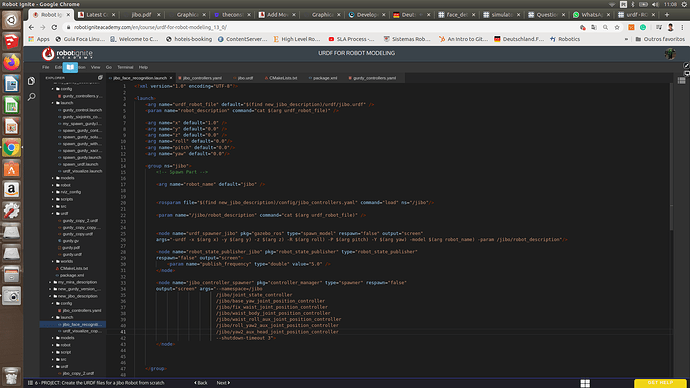 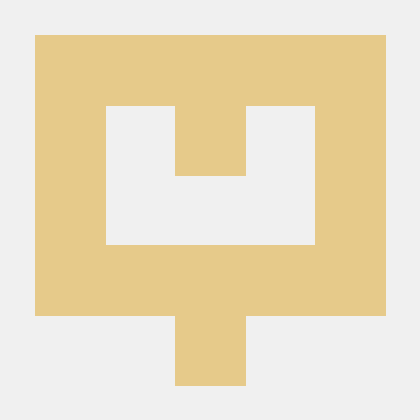 Repository_robot_projects. Contribute to marcusvinicius178/marcus_ws development by creating an account on GitHub.


The urdf was checked already with “check_urdf” and “urdf_to_graphiz” frameworks and it is ok…
I would like to see my model in Gazebo to adjust values…and generate the face recognition.

This seems to be an issue of not existing those meshes in the path.
Let me check that.

Thanks to help me @duckfrost. I have loaded the meshes…as suggested with those commands to clean the meshes in Gazebo and later copy the meshes from package to Gazebo/models…but…maybe can be a meshes problem…
@duckfrost I will be grateful if you could help me in a question I have put in ROS BASICS section and sent you by email about a customized message published/subscribet to a topic - to be visualized in Rviz graphical interface through Rviz plugins … I really need to work urgently on it, so if you could look on it and give me ideas…thanks very much.

@duckfrost @staff good morning. Unfortunately I am still with an issue. if you could give some advice to solve it…
I solved the issue about load in Gazebo…it was really a wrong path indication for the meshes…
Now I spawned the model. However the model was spawned spinning and later the body exploded and the head started rolling over the ground

. So after 10 seconds another model of the robot appeared correctly in Gazebo.

Later I tried to send values for the moveable controllers/joints:

image1280×618 102 KB
Unfortunately The robot did not move any joint…but I have checked with rostopic echo and the values are being published: 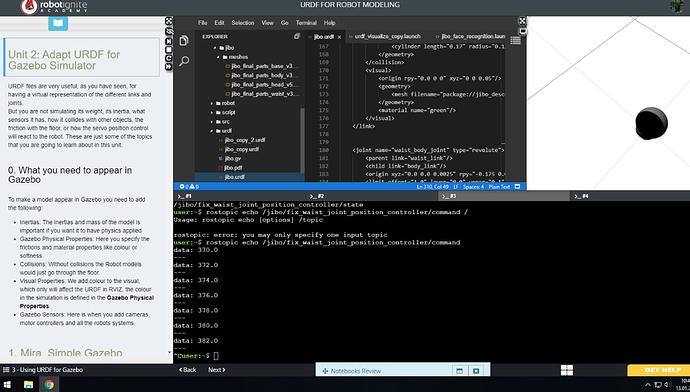 image1280×729 204 KB
So, the question is: : I do not understand why the robot keeps fixed and don’t move with any values published in its joints…Is it a PID issue or the way I have configured my URDF?
I tried to change this joint for a continuous and substitute the previous joint and link by this one connected with the head, but unsuccessfully. (Because I used 2 extra joints to move the head in pitch and yaw and later used a fix joint to head). In Rviz it works…How can I fix it ? 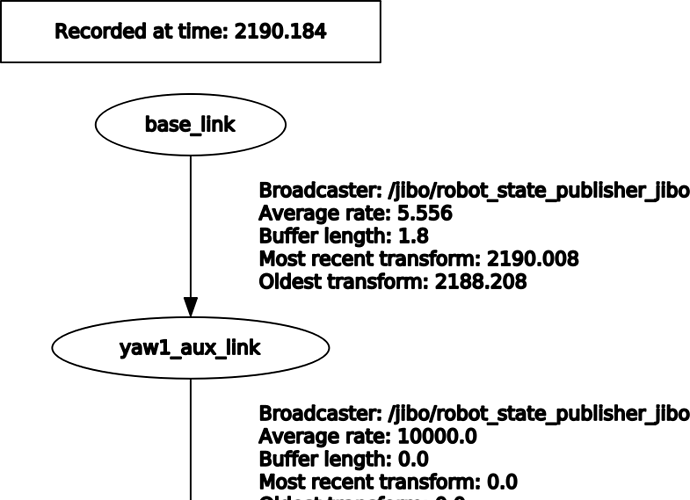