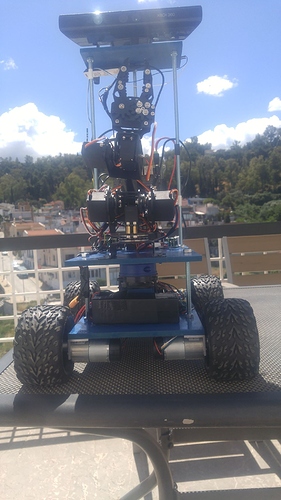 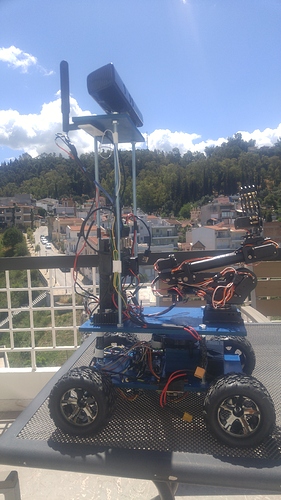 Hi, i think i have created one of the cheapest-DIY educational robot for an average price close to 1000 depedening, the base is made from wood and rods so no excuses!

I think it is a nice platform to learn all the basics of ros in a real robot like urdf(i’ve maded easily changeable with macros and configuration files), amcl, move_base, hardware_interfaces, ros_control, moveit, rtabmap, autonomous slam, 3d perception, pick and place etc…

Github : https://github.com/panagelak/Open_Mobile_Manipulator
(p.s you can see some gifs there also)

Furthermore i have made many demo scripts that you can run, so you dont have to launch all the files manually.

Test in simulation if you want, or in pseudo_real mode using only RViz with a dummy hardware_interface

Tell me what you think on this project and if it usefull to someone
Cheers!

You can compile it in melodic, i havent get around in making a rosject but i might in the future. To the time of writing this ommp_moveit_interface has a slight bug rename the include in the header file from moveit_interface to ommp_moveit_interface.
Also you might want to do remove the frontier_exploration and m-explore package from the extra_packages or build them seperately.
For 3D Perception there is a pretrained classifier and an associated pick_place demo, but you will need to be able to import in python pcl and sklearn.

A kickoff project called Generic_Arm on how to connect any real arm to ros
Github kickoff : https://github.com/panagelak/Generic_Arm

If you can make pull requests for Flexbe states -< YES!

@duckfrost Hi, tell me what you think