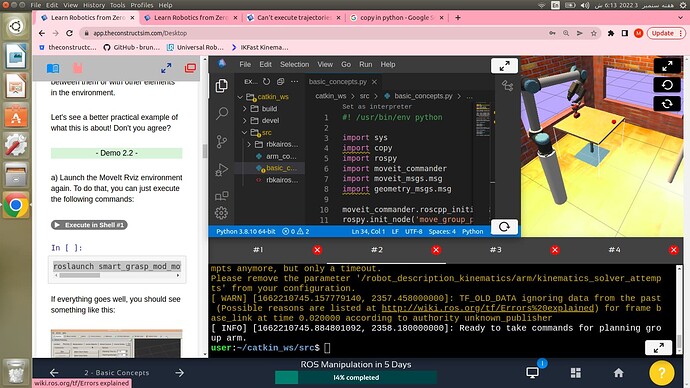 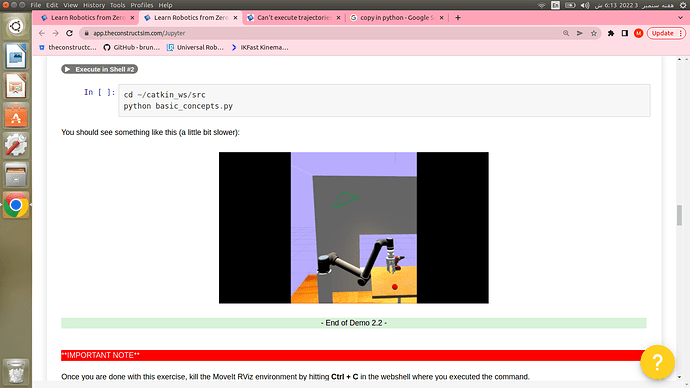 I’ve been doing some tests and it’s working OK for me. Don’t you see the arm moving after executing the script?

Thanks Alberto, problem solved i think when internet
speed is slow or by switching b/w units the problem solved. i just restart the unit and it did worked. Thanks alot.

Hi Alberto, it ran only once and then whenever i tried it again, i am unable to solve it, gave two commands:

But the arm didnot move as shown in image:
Kindly help in sorting out this problem.
Thanks 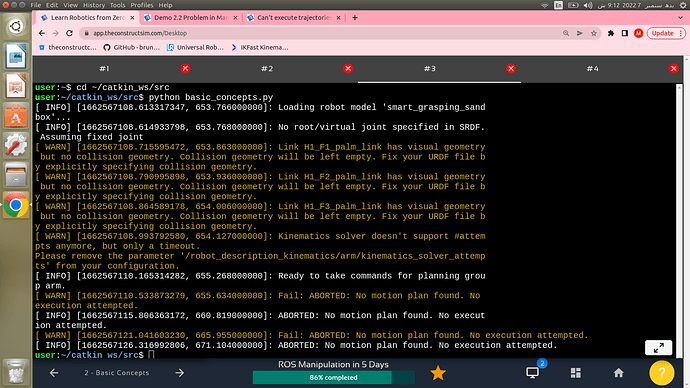 Sorry Alberto for asking same thing, i tired to run first the python file given in unit 1 i.e. python arm_control.py, with this the arm goes towards goal to pick ball, after that i switched to Unit 2 and launch the pkg and python file and
fortunately it worked fine. can u pls tell the reason of such thing,
thanks for your help.