HI, I am having a couple strange issue on this chapter:

1 - unlike the other chapters, the rviz showsup on GUI automatically without me starting one on any terminal, and if I close the rviz it would also force the sim and terminals to reconnect. 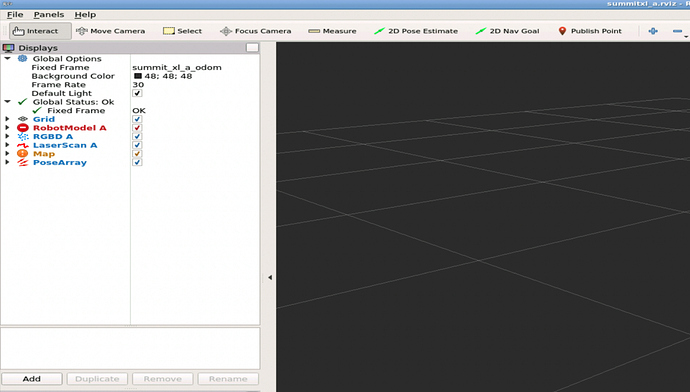 2 - the laser & pose array often show weird jiggering with the following errors:
Transform [sender=unknown_publisher]
For frame [map]: No transform to fixed frame [summit_xl_a_odom]. TF error: [Lookup would require extrapolation into the future. Requested time 153.751000000 but the latest data is at time 153.072000000, when looking up transform from frame [map] to frame [summit_xl_a_odom] 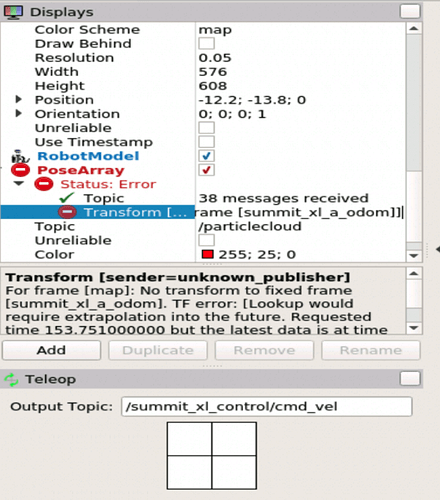 Yes, you are right. In this simulation Rviz is launched by default and it may cause some problems (when closing it for instance). Unfortunately, I’m not going to be able to fix this until Monday (at least). So, in the meantime, this is what I suggest you to do:

I’ve been doing some tests like this, and everything should work fine.